RNZ, ABC News, political reporting and cows! Brad has had an interesting career.

Brad started his 20-year career in journalism and communications at RNZ News in Auckland after completing his internship, where he primarily worked for Morning Report. He won a Qantas Media Award for a story on land contamination. In 2006 he went to Australia as the deputy news editor for Prime News (Central West), then onto ABC News (Australian Broadcasting Corporation) spending six years reporting from NSW, Tasmania, Queensland and a political reporter in Hobart.

Brad then combined journalism and farming when he moved to Taranaki and co-owned and milked 200 cows while being the national communications manager in the dairy industry. Currently, Brad is Wellington-based where he is the principal communications advisor at the Ministry for Primary Industries.

He states that "the New Zealand Broadcasting School helped sharpen my writing, honed my time management skills, and taught me that everyone has a story to tell – you just have to find it. "

NZBS Head, Tony Simons, spoke to Clarke about finding his direction in media. 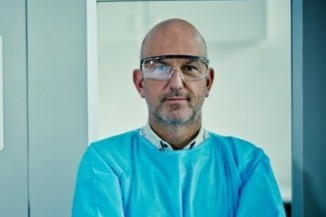