Masen Cade Packer, Isabella Walsh and James Murray have released The Common Touch, a film about Jake Bailey, the Christchurch Boys' High School student who shortly after being diagnosed with cancer gave a school graduation speech that went viral.

The Common Touch premiered at the DocEdge Film Festival in Wellington and Auckland, and will screen in Christchurch in July.

Packer, who directed the film, approached Bailey when he moved to Christchurch from Wellington to start studying at the New Zealand Broadcasting School.

"It affected my family and friends like it affected everyone else," he said.

Packer and Murray met Bailey for coffee. At first, Bailey was sceptical but the team soon won his trust, probably because of their age, Packer reckoned.

If you haven't seen that speech yet, check out the YouTube clip below.

At the time, Bailey was head monitor at Christchurch Boys' High and had just been diagnosed with cancer. He unexpectedly turned up at the graduation event in a wheelchair. His moving speech was recorded and uploaded to YouTube, where it so far has been viewed more than 1.7 million times.

The Common Touch was an independent project, which had to fit around the team's day-to-day studies. 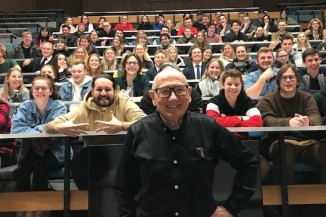 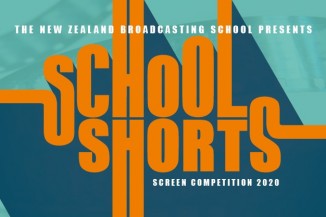