Older generations generally do not grasp the concept of growing up with social media. Instagram and Facebook, whilst familiar with all ages, has become popularized by younger users who see the prospective benefits. Molly Brown is one of those people.

At fourteen years of age with over forty-thousand followers on Instagram alone, the Christchurch influencer rose to stardom after appearing as a dancer on the New Zealand television show, What Now, in 2016, garnering the majority of her established patronage, and since having taken on ambassador roles with her progressing career.

“The following really just happened, I took on sponsorships and I would get followers from that. It would just build and build.” Molly said.

“I got my What Now job through social media, I think that definitely changed my perspective on what I wanted to do when I was older... That’s how it’s changed my life so far.”

With a large online following comes publicity, something Molly is aware of having observed other’s preconceived ideas and judgments about her.

Molly said she feels the pressure having to be mindful of what goes online, being aware of what can be seen, including “mistakes”.

“I find that people often have opinions about me before I even meet them… It’s quite odd and very strange that people recognise me [in public], but it’s quite cool.

Molly’s career has been propelled by social media. It began with involvement in a stage production of Annie at age seven, where mum, Trudy, helped market her involvement with a public Instagram account.

Molly was then offered a contract with an international dance-clothing company, followed by an influx of contracts with promotional opportunities for Molly to advertise online.

By the time Molly had entered a talent show hosted by What Now, her social media presence had secured online votes for her, achieving a top three finish.

With school commitments, and around twenty hours going into weekly dance training,  Molly does not run her main Instagram account; Trudy, is in charge of maintaining posts and content, taking on the role of Molly’s promotion manager.

Trudy has been in charge of the approach to Molly’s public online presence, taking into account the dangers of Instagram influencing, often spending “up to an hour, blocking probably between 50 and 100 accounts every night.”

“She could probably have up to 200,000 followers right now, but that isn’t our market. I don’t want to be prostituting her, we just try it to be inspiring for young kiwi kids to see they have the same opportunities as UK, American kids have.”

Instagram’s algorithm model now means that Molly’s posts are only targeting people living in Christchurch, rather than international users. Their approach to Instagram use is now centred around showcasing Molly’s progression in her future endeavours.

“Now I mainly use social media to help other kids find a passion for dance, and inspire them to become themselves.”

Syndicate One created the fictional reality series “Social Status”, where four contestants with cliché teen stereotypes live together for three weeks and are faced with various challenges. These stereotypes include “Gym rat” (Kyle), “VSCO Girl” (Sapphire), “Instagram influencer” (Stephanie) and the “Gamer kid” (Peter). These challenges are purposely designed for their demographic as all challenges revolve around topical issues that teens face regularly (phone addiction/body image).

The first and most challenging task for the contestants was the “no phones” challenge as they begin showing withdrawal symptoms from their phones immediately (as shown by Sapphire in episode one). Our essays covered young people and included multiple elements of mental health, which leads into phone withdrawal as our findings showed that teens with phone/social media addiction can develop withdrawal symptoms similar to substance abuse. These symptoms were shown in episode 3 when Peter’s lack of technology leads him to find a substitute of a rock acting as his phone.

The second challenge the contestants faced was removing the mirrors with this relating to the issue of body image. Our essays outlined that there is a striking relation between negative self-image and phone addiction in teens. This is shown by Peter as he’s ecstatic when all mirrors are removed, showing the audience that he perceives himself in a negative way. On the contrary, there are also negative affects with glorifying your looks, which also comes with various negative impacts on mental health.

Blue light was another issue we included within our web series as the eliminations involved the use of blue light covering all contestants. Blue light is linked with inducing various negative health effects, such as insomnia, light sensor damage in the retina, cornea damage and more. In the show, we end the eliminations by changing the blue light to a light orange as orange light is known for being far less harmful to the eyes than blue light. This explains why most phones/laptops have “night mode” which changes the blue light to orange. When researching this in our essays, we discovered the sun was responsible for this as our eyes see this colour on a regular basis due to sunlight.

The target audience for ‘Social Status’ is teens and young adults as they are the age of the characters in the show and will understand the jokes and relate to the characters.

There is a wide range of research around the effects social media is having on modern teens. A 2018 study conducted by common sense media found that teenagers are spending around 9 hours a day on social media websites. As teens have begun spending more time online, news outlets have been quick to jump on trends and storylines about the negative side effects of social media and the internet in general.

Our own research found that cyber bullying was one of the main downsides of social media for youth today. Now that teenagers are able to interact, confront and fight from behind a keyboard and screen, they are more likely to say and do more harmful things than they would in a face to face setting. The research we looked into found that teens felt more comfortable posting things online in an anonymous fashion as it separated them from the reaction of a real conversation and distancing themselves from the consequences of what they had said. These negative interactions online are being linked to the growing issue of youth mental health issues such as depression and anxiety.

We also found that many children do not feel comfortable talking to their parents about what is happening on social media as they perceive that their parents are too out of touch with the current state of social networking. This was referred to as a growing technological gap between the generations, causing tension between the two sides.

We wanted our documentary to explore these points. To do this we talked to a group of 16-year-olds from Christchurch and asked them how they are using social media and the types of interactions they have had, or seen. For each teen interviewed we also wanted to talk to their parents to see how aware they are of their children's interactions, and just how knowledgeable the parents were on social media.

Ultimately, we wanted to discover if the research is all inclusive, or whether or not researchers and media trying to create more of an issue than necessary.

Before we started to plan our radio features we as a group meet to discuss the topics of our essays, we found multiple themes but one that stood out is the growing gap between generation X and millennials with technology. We started off with a plan to interview a child and their

parents to see if we could find similar social media habits from our research. Then we would get in contact with a UC psychologist professional to give us an explanation to why we were seeing these patterns and for them to back it up with deeper research. Unfortunately, this plan fell through as we had trouble gaining a psychologist who would give us their time and allow us to use their knowledge as a radio recording. However, we were quick and creative by changing our idea to improve our content and relating it to our demographic ‘Craig’.

In order for the features to appeal The Garage 96.1 audience, we had to pitch it in a way that was informative yet entertaining. In our research, we saw the obvious gap between new generations of youth and the older demographic and their understanding of social media and technology. A solution to this was developing our radio features in a way that informs The Garage 96.1 audience while keeping them entertained. In order to execute this, we needed to relate our audience and use humour and examples to get our point across. After much discussion, our group came up with the idea of ‘The Tool Shed’ a show that metaphorically equips the audience with the tools to understand and use social media, each episode consisted of a host interviewing a millennial. Our aim with the interview was that the host would ask questions that our demographic would typically have and then have them answered by the technology efficient millennial in a humorous way. This way we are catering to our audience giving them knowledge in hopes to bridge this digital age gap in an entertaining way. 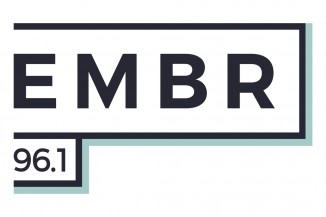 Each year, students at the New Zealand Broadcasting School create a new radio brand. This is year it's EMBR961. 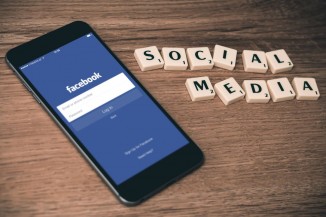