2022 was a challenging year and our students stepped up to the challenge. We celebrated a number of students with our end of year awards.Congratulations, all well deserved!

The John Foy Memorial Award for Excellence in Radio News

This is a prize for the top second year journalism student who achieved the highest grades for all radio and online related assessments.

John Foy began his career in Dunedin and moved to Christchurch to join Radio Avon as their only sports reporter. In 1985 he became the Chief Reporter for Independent Radio News. He was passionate about nurturing young journalists to tackle difficult news stories and produce fast, accurate copy. John died under tragic circumstances in 1989 and we remember John each year with this award in conjunction with the Ara Foundation where the John Foy Trust is now held.

I'm very honoured to have received this award!

I have always wanted to come to the Broadcasting School and pursue a degree in journalism, and to have the opportunity to do so successfully with the support from my course mates and tutors has been amazing - I am so so thankful. I grew up in a household where news was consumed regularly, via radio, TV, and social media. From seeing the faces and hearing the voices of NZ's fantastic journalists, to studying at a course which allows us to learn directly from them has been awesome... and such a relief knowing we are supported and in safe hands as myself and my cohort continue to work through this qualification.

I'm stoked to be entering into an environment with so many people I look up to and will do my best to live up to their work.

Thank you to everyone at the NZBS, coming here was the best decision.

Neil Jenkins had a radio career that spanned 40 years with RNZ and the Radio Network and was a guest tutor here at NZBS for 20 years. The award acknowledges Neil's work in fostering young radio broadcasting talent and Kirstyn displays great professionalism, creativity and the potential to succeed.

It was with great gratitude I received the Neil Jenkins Award for Radio Creativity within the NZBS prize-giving 2022.

Growing up, I always found myself getting stuck in with anything that let my mind get lost in creativity. This was anything from finger painting, playing McDonalds drive through from my bedroom window, to acting like mermaids in the local aquatic centre. During high school, I was lucky enough to work for Media-Works Taranaki, as a promotions assistant, which introduced me to the career path I love, and am following today.

My time spent at the New Zealand Broadcasting School has been an absolute privilege; not only for the learning and life lessons, but along-side meeting such talented individuals. I can confidently say that I could not have had a better experience, nor think of a better suited career path.

I will forever be grateful for all of the opportunities that were on offer during my time and am forever excited for my future endeavours. I cannot stress just how thankful I am to both the Neil Jenkins Trust and the NZBS.

The annual Jac Kluts Award sponsored by the TRB, recognises the second year Radio student who demonstrates a high level of professionalism, and who has strengths in building quality, professional relationships with colleagues, tutors and the industry. Jac Kluts was a larger than life character – emotional and passionate – who lived his life with a love for music, radio and his many friends and family. Jac passed away from MND in 2018 and is remembered through this award.

I feel incredibly honoured and grateful to be able to accept this award.

Ever since the beginning of Broadcast School I have strived to be the best version of myself, and this environment has allowed me to do so exceptionally. Not only do I feel like a competent broadcaster now, but I feel loved and supported by the company that surrounds me.

I give my thanks to the tutors of NZBS and all the lifelong friends I have met along the way. I will continue to grow as an individual from this point forward and share the ethos that Jac Kluts embodied throughout my life.

Thank you once again, I am incredibly humbled.

Year 2 screen students work in pairs to write, film and edit documentaries as part of their course work. The best documentaries are then submitted to TVNZ 1 for judging and they chose Vicki and Maddi's documentary Capturing the Beauty in Simplicity.

Thank you so much TVNZ, it's an absolute honour to receive this year’s 1News & Current Affairs Best Documentary award.

Ever since I was 10 years old, film making has been a long life dream that I wanted to someday turn into my career. It all started when I made a small horror film with my friends in year 6, and now look. Ten years later, my passion for story telling has only grown and I can’t wait to see where it takes me in the future.

I cannot thank TVNZ and NZBS enough. I’m so grateful.

I feel so fortunate to have won this year’s TVNZ 1 News & Current Affairs Best Documentary award alongside one of my best friends, Maddi Burtt.

Creating this documentary was the highlight of my year as it was not only the most fun project but also taught me so much about filmmaking. I remember watching the first lot of footage we filmed and instantly falling in love with what we had created so far. ‘Capturing the Beauty in Simplicity’ challenged me but also inspired me to continue my journey being a filmmaker. It made me realise how much beauty there is in the world even if it seems like the simplest thing ever. It gave me a new appreciation towards everyday life.

I am immensely proud of how much I grew as a filmmaker while creating this documentary, but also how much my co-partner; Maddi Burtt also grew, not only as a director but as an editor too.

I cannot thank TVNZ and the New Zealand Broadcasting School enough for everything they have done.

NEP Group, Inc. - NZ operation is a new sponsor of this award and it recognises the most valuable team contributor who is a Year 2 screen student. The award is decided by both screen tutors and nominations from peers. Ella's classmates chose her for this award and she personifies the phrase "team player".

I am so incredibly grateful to receive the NEP Broadcast Services award for 2022.

Ever since I was young, I was always one to get so invested in behind-the-scenes content from TV Shows and Movies. This led me to fall in love with media production, and to pursuing my passion at the New Zealand Broadcasting School.

Studying at Broadcasting School has been such an incredible adventure; from all the amazing experiences, learning, and knowledge we are provided with, to the wonderful tutors we are met with to guide us throughout. Not to mention my lovely classmates who have not only become my best friends, but my family.

Again, I cannot thank NEP and the NZBS enough, I am so grateful. 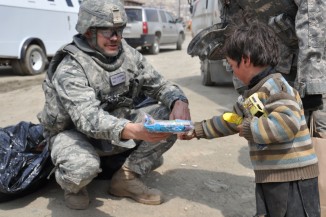 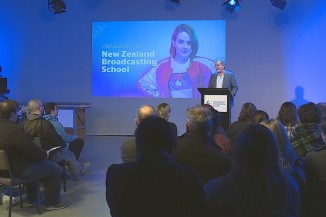 A recording of the July 2020 Open Night